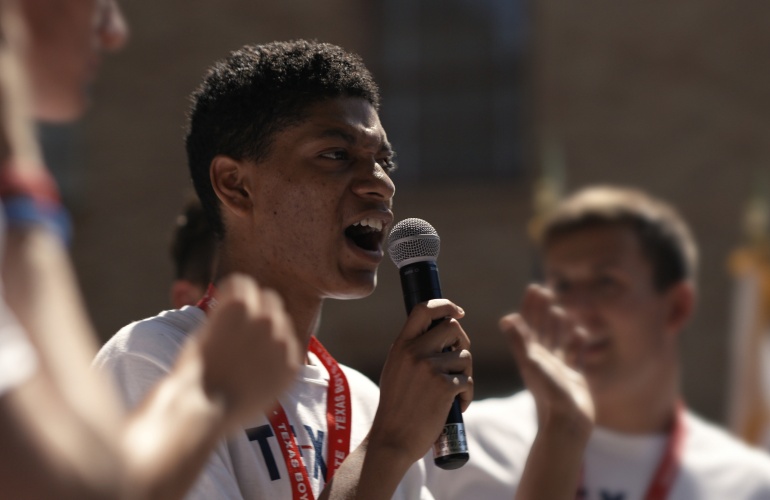 In response to the 2016 presidential election, a new documentary from A24 and Apple turns to America’s youth to explain how we got here and where we go next. Directors Amanda McBaine and Jesse Moss followed 1,000 sweaty, hormonal teenage boys during the American Legion’s week-long civics camp to figure out if the kids are alright. Boys State is an uncomfortable glimpse at partisan politics tinged with an unnatural concentration on toxic masculinity in adolescence.